Nirvana Day – Observing the Parinirvana of the Buddha

Nirvana Day is an annual Buddhist festival that remembers the death of the Buddha when he reached Nirvana at the age of 80. It is also known as Parinirvana Day. It is celebrated by some Buddhists on February 15th.

Nirvana is believed to be the end of the cycle of death and rebirth. Buddhism teaches that Nirvana is reached when all want and suffering is gone.

Buddhists may celebrate Nirvana Day by meditating or by going to Buddhist temples or monasteries. As with other Buddhist festivals, celebrations vary throughout the world.

In monasteries Nirvana Day is treated as a social occasion. Food is prepared and some people bring presents such as money, household goods or clothes. 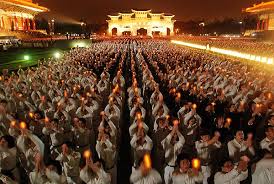 On Nirvana Day, Buddhists think about their lives and how they can work towards gaining the perfect peace of Nirvana. They remember friends or relations who have recently died and reflect on the fact that death is a part of life for everyone.

The idea that nothing stays the same is central to Buddhism. Buddhists believe that loss and change are things to be accepted rather than causes of sadness.

Parinirvana Day — or Nirvana Day — is observed primarily by Mahayana Buddhists, most commonly on February 15th. The day commemorates the death of the historical Buddha and his entry into final or complete Nirvana.

Nirvana Day is a time for contemplation of the Buddha’s teachings. Some monasteries and temples hold meditation retreats. Others open their doors to laypeople, who bring gifts of money and household goods to support monks and nuns.

Note that in Theravada Buddhism, the Buddha’s parinirvana, birth, and enlightenment are all observed together in an observance calledVesak. The time of Vesak is determined by lunar calendar; it usually falls in May.

The word Nirvana means “to extinguish,” such as extinguishing the flame of a candle. It’s important to understand that the people of ancient India considered fire to be a bit of atmosphere that had become trapped by fuel. This bit of atmosphere burns angrily and fitfully until it is released to become cool, peaceful air again.

Some schools of Buddhism explain Nirvana as a state of bliss or peace, and this state may be experienced in life, or it may be entered into at death.

The Buddha taught that Nirvana was beyond human imagination, and so speculation about what Nirvana is like is foolish.

In many schools of Buddhism, it’s believed realization ofenlightenment causes living people to enter a kind of partial Nirvana, or “Nirvana With Remainders.” The wordparinirvana refers to a complete or final Nirvana realized at death

The Death of the Buddha

The Buddha died at the age of 80 — possibly of food poisoning — in the company of his monks. As recorded in the Parinibbana Sutta of the Pali Sutta-pitaka, the Buddha knew his life was at an end, and he assured his monks that he had withheld no spiritual teaching from them. He urged them to maintain the teachings so that they would continue to help people through the ages to come.

Finally he said, “All conditioned things are subject to decay. Strive for your liberation with diligence.” Those were his last words.

As might be expected, Nirvana Day observances tend to be solemn.

This is a day for meditation or reading the Parinibanna Sutta. In particular, it is a time to reflect on death and impermanence.

Nirvana Day also is a traditional day for pilgrimage. The Buddha is believed to have died near a city named Kushinagar, located in the modern-day state of Uttar Pradesh in India. Kushinagar is a major pilgrimage destination on Nirvana Day. 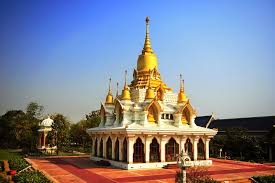 Pilgrims may visit a number of stupas (shrines) and temples in Kushinagar, including:

The Nirvana Stupa and temple. The stupa marks the place where the Buddha’s ashes were thought to have been buried. This structure also contains a popular reclining Buddha statue, depicting the dying Buddha.

The Wat Thai Temple. This is considered one of the most beautiful temples in Kushinagar. It is formally called the Wat Thai Kushinara Chalermaraj Temple, and it was built with donations from Thai Buddhists and opened to the public in 2001.

The Ramabhar Stupa marks the place where the Buddha was thought to have been cremated. This stupa is also called the Mukutbandhan-Chaitya.