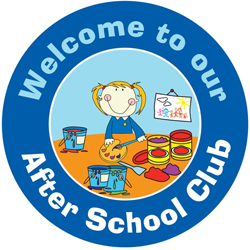 We will be running numerous after school clubs in Term 1 (October – December 2013).

Clubs will run from 1.10pm – 2.10pm each day for Senior Infants. (Please note that After School Clubs for Junior Infants do not start until January)

Parents are asked for €2 per after school club to help cover the costs of running clubs and materials / resources for clubs. If you would like your child to participate in after schools club, please complete the attached form and return it with payment for After School Clubs on Wednesday 2nd October.

AFTER SCHOOL CLUBS ARE RUN ON A FIRST COME, FIRST SERVED BASIS AND PLACES ARE LIMITED.

After school club bookings will take place on Wednesday October 2nd from 8.20am – 8.40am in the basketball courts. After School Club Bookings will also take place on Wednesday afternoon from 1pm – 1.20pm and 2pm – 2.20pm. No money or forms will be taken before this time. All monies MUST be given to Helena, Anna or Michael. This will ensure that we implement our first come first served policy.