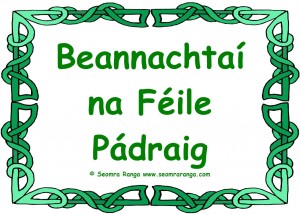 Saint Patrick’s Day, or the Feast of Saint Patrick (Irish: Lá Fhéile Pádraig, “the Day of the Festival of Patrick“), is a cultural and religious celebration held on 17th March, the traditional death date of Saint Patrick ( c. AD 385–461), the foremost patron saint of Ireland.

How is St Patrick’s Day celebrated?

St.Patrick’s Day is a national holiday in Ireland. Schools and work places are closed. It is celebrated with parades in the large cities and towns, the wearing of the green, and celebrating all things Irish.

Who was St. Patrick?

Saint Patrick, the patron saint of Ireland, is credited with bringing Christianity to Ireland. He was born in Wales somewhere around AD 385. He was carried off by pirates and spent six years in slavery before escaping and training as a missionary.

The most famous story about Saint Patrick is him driving the snakes from Ireland. He died on 17th March in AD 461 and this day has since been commemorated as St. Patrick’s Day.

What is the national emblem of Ireland?

The national emblem of Ireland is the Shamrock. Patrick used the three-leaved shamrock to explain how the Trinity of the Father, Son and Holy Spirit could exist as separate parts of the same being. His followers took to wearing a shamrock in celebration.

St Patrick’s day is marked by the wearing of shamrocks (a clover-like plant), the national emblem of both Northern Ireland and the Republic of Ireland.