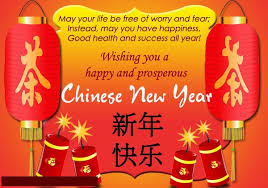 Happy Chinese New Year to all our Families and Friends

Today is the beginning of the year of the Monkey, 8th of February 2016!

In Chinese astrology, each year is associated with a Chinese zodiac animal sign and one the Five Elements: Gold (Metal), Water, Wood, Fire, or Earth. Both the sign and element of your birth year are said to affect your personality and destiny. Element-sign combinations recur every 60 years:

The Lucky Things for “Monkeys”

The Unlucky Things That “Monkeys” Should Avoid 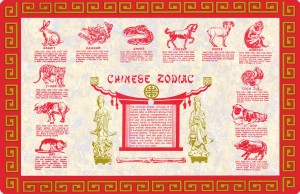 Chinese New Year is the main Chinese festival of the year. As the Chinese use the Lunar calendar for their festivals the date of Chinese New Year changes from year to year. The date corresponds to the new moon (black moon) in either late January or February.

Traditionally celebrations last for fifteen days, ending on the date of the full moon. In China the public holiday lasts for three days and this is the biggest celebration of the year.

The Chinese calendar is different from that used in the United Kingdom. It is made up of a cycle of twelve years, each of them being named after an animal. This is very like our signs of the zodiac. Some people believe that people born in a particular year such as the year of the Dog will have some of the characteristics of that animal. 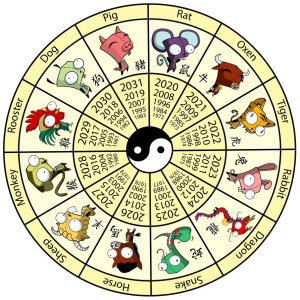 The Chinese zodiac follows a twelve year cycle, each of the years being named after an animal. The Chinese believe that people born in a particular year take on the characteristics of the animal associated with that year.

Chinese New Year is a time when families get together to celebrate. It is also a special time to remember members of the family who have died. In the days coming up to New Year every family buys presents, decorations, food, new clothes and people have their hair cut. Houses are cleaned from top to bottom. The aim is to sweep out any bad luck from the old year and clear the way for good luck. However, it is bad luck to clean on New Years Day itself. 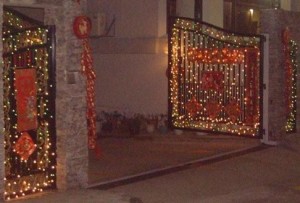 Families put lights up outside their homes, rather like Christmas lights. Doors and windows are often newly painted in red. On New Years Eve both narrow strips of red paper, called Chunlian or Spring Couplets, and bunches of firecracker decorations are hung on doors to bring good luck.

In the first three days of Chinese New Year celebrations, people living outside cities can light firecrackers which are similar to rows of fireworks, but which make a series of loud bangs. The idea is that the bangs scare away bad luck. People hang bunches of decorative firecrackers both inside and outside their homes for the same reason. Find out how you can make a simple firecracker wall hanging decoration. 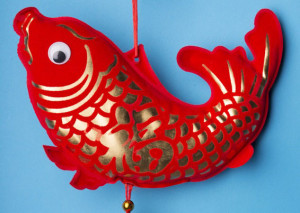 At Chinese New Year people decorate their homes with fruit blossoms to symbolise the start of a cycle which will result in a plentiful crop of fruit later in the year. Peach blossoms symbolise long life, romance and prosperity so are favoured by single people looking for love in the coming year. Plum blossoms symbolise being a reliable person who will keep trying even though things may get difficult.

A yuanbao is a silver or gold boat shaped ingot with a little bump in the middle. These used to be the first type of money in ancient China. Today at the New Year, Chinese people display imitation gold ingots to attract wealth into their home or office. 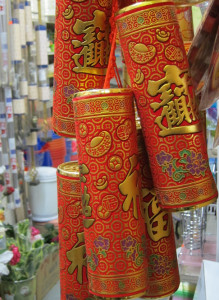 Firecracker hangings are hung outside homes to scare off evil spirits and misfortune on New Years Eve. They are symbolic of the noisy firecrackers which frightened away the legendary monster Nian. Check out our instructions and template showing how to make your own firecracker decorations.

A red lantern is not only a symbol of luck and prosperity but people hang them as a means of ‘lighting the way’ for the family’s Kitchen God on an important annual mission to see the Jade Emperor. People want the Kitchen God to give a good report of the family to the Jade Emperor so that they have a good harvest and make more money in the forthcoming year. Lanterns also help the Kitchen God find the door of their house on the way back.

The Chunlian decorations are marked with messages of good fortune such as happiness, prosperity and long life, known as Spring Couplets. These mostly have four gold Chinese characters, which are called Hui Chun. The man in the photograph below is writing a message for a customer at his stall.

The colour red is chosen for two reasons. The first is because red is a lucky colour and the second because it is supposed to frighten off the monster Nian who is thought to come on New Years Eve. The colour gold represents wealth. Families also decorate their homes with lanterns and put stickers on things in their homes.

Everyone comes together for dinner which is a feast. A popular food is ‘jiaozi’ which are dumplings boiled in water. These dumplings are prepared on New Years Eve and served right after 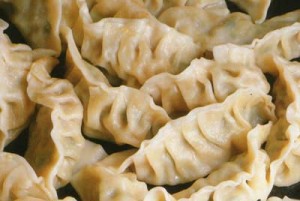 midnight with garlic-soy sauce. A coin is often hidden in one of them. It is thought to be lucky to be the person who finds the coin. The dumplings are shaped like gold and silver bars in the hope that they will bring good luck and good fortune. It is believed that the spirits of the family’s ancestors are also at the meal and food is prepared for them.

After dinner the family sit up playing card games or board games such as Chinese chess. Every light is supposed to be kept on until midnight when there are fireworks and firecrackers which are meant to scare off evil spirits.

Early on New Years Day children receive lucky red packets called ‘Hong Bao’ containing sweets or money. Chinese children love these.They are usually given them by their parents or grandparents, but it is considered rude to open the envelopes in front of the person who has given it. 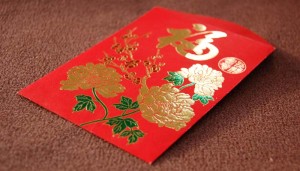 Again the red colour symbolises good luck and wealth. They often have a picture of a fish them as the Chinese word for fish sounds the same as the word ‘plentiful’.

Later on the paper seals on the houses are broken, red clothes worn for luck and visits are made to family and friends. It is a good time to be friendly to others and forget old arguments. People greet each other by saying ‘Kung Hei Fat Choy!‘, which means Happy New Year!

The traditional lion dance seen at Chinese New Year originates from the legend of the monster known as Nian. You can read all about the legend in our illustrated Story of Nian.

Street celebrations often include a performance of the lion dance which is thought to bring good luck. There are usually two dancers. One acts as the head and the other the body. They dance to a drum, cymbals and a gong. On the head of the lion is mirror so that evil spirits will be frightened away by their own reflections. As the lion runs along the streets he begins to visit different places. On his way he meets another person, the ‘Laughing Buddha’ who is dressed in monk’s robes and a mask. He teases the lion with a fan made of banana-leaves which makes the lion jump around. 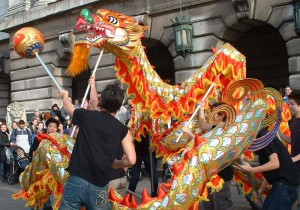 Dragons are of course legendary animals, but they are important to Chinese people who think of dragons as helpful, friendly creatures. They are linked to good luck, long life and wisdom. They are nothing like the fierce, fire-breathing Western dragons that carry off princesses and eat people. Chinese Dragons are associated with storm clouds and life-giving rain. They have special powers so they can fly in the air, swim in the sea and walk on land. The Dragon has features of other animals such as the horns of a stag, the scales of a fish and the footpads of a tiger.