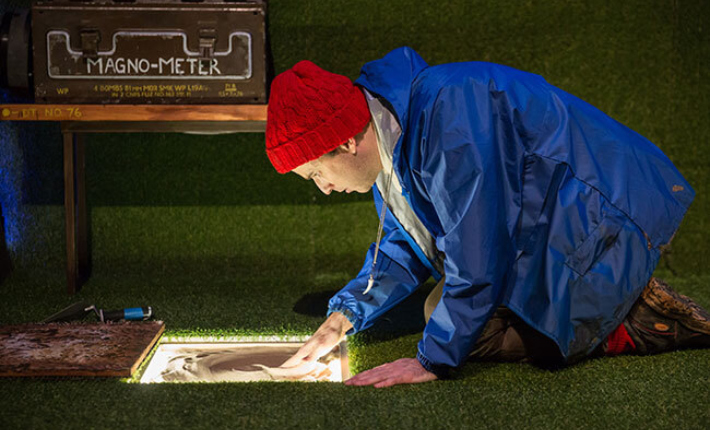 We are very fortunate to be supported by Draíocht Blanchardstown, who have organised for our pupils from 1st to 6th class to see the theatre show “The Dig”.

All his life Mac has wanted to be an Archaeologist, to be an expert in finding things and working out what they mean. If only he could stick to the facts and not get carried away with his highfalutin stories. But in a world where facts and figures mean so much more than fairy tale and fantasy, Mac has to dig deeper to prove what he finds is what he thinks it is. Will people believe him, or is this just another of his tall tales?

Performer and writer Paul Curley and designer Ger Clancy bring THE DIG to Powerstown ETNS on Wednesday 21st of September thanks to Draíocht.

It promises to be an enticing show.